The JC1 Blackstix was designed by John Carper of JC Surfboards as a springy fin with a V2 foil for the powerful surfer looking to build speed and drive in smaller waves. The JC1 is a traditional template with a refined base that carries through to a fuller tip, which is meant to hold through turns. 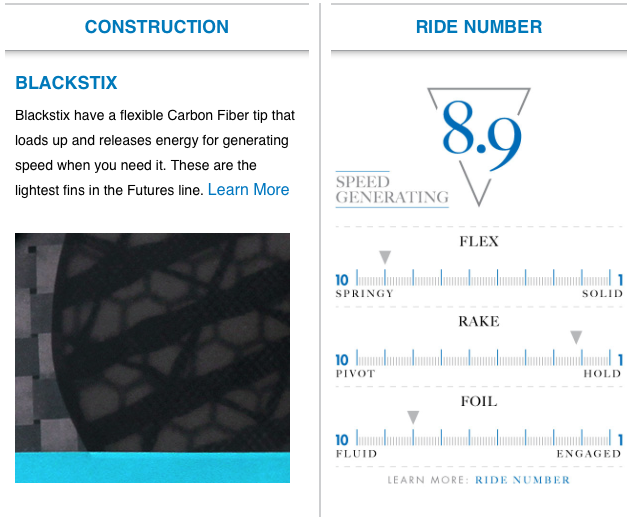 Future Fins began in a garage in California in 1996. Backed by industry leaders with over 50 years of surfboard building experience, the Longo brothers were able to use their engineering backgrounds to create products involving something they were passionate about, Surfing.  Today our passion for surfing and our commitment remains the same, and since we are a family owned business we are much more concerned with impressing you, the board-rider, than any board member.